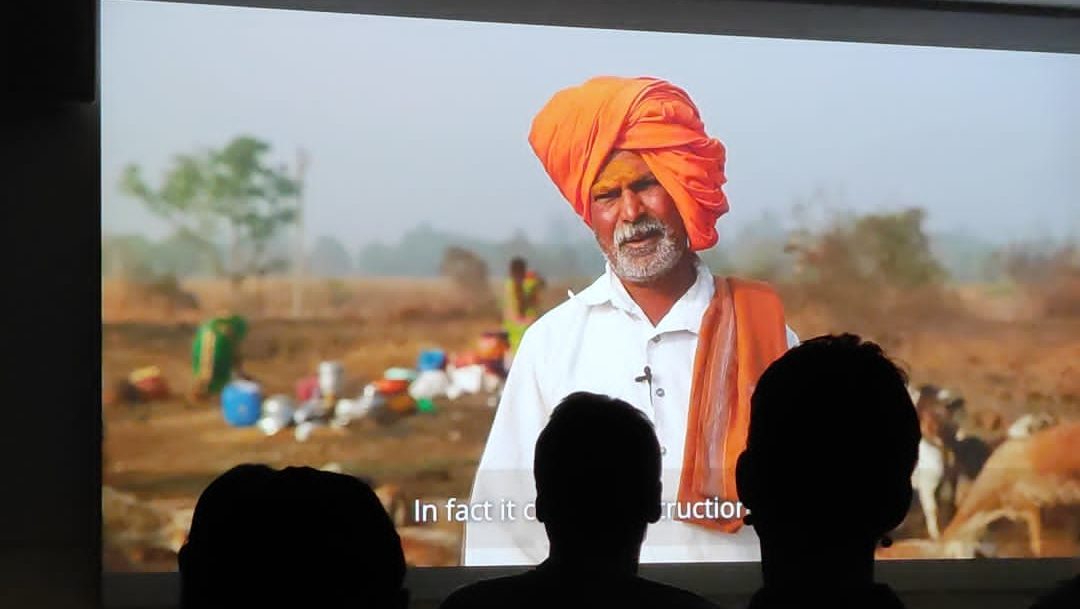 The launch of the second edition of the Perspectives on Pastoralism Film Festival took place within the Tropentag Conference 2022. The 2-day event seeks to deepen the understanding of how rangelands and pastoralists contribute to culture, economy and environmental health. This year’s selection in particular tries to highlight the connections between pastoralism and agroecology as a sustainable nature-based production system.

Dr. Hussein Tadicha Wario from the Centre for Research and Development in Drylands (CRDD) in Kenya introduced the event by explaining some key concepts to depict the role of the over 200 million pastoralists worldwide in more than 100 countries. His words set the atmosphere to make the audience go beyond the moving images during the upcoming projection.

Ten short films communicated the perspectives of pastoralism from Canada, Hungary, India, Kyrzgystan, Mongolia, Turkey, Spain and Tanzania. Goats, sheeps and cows herded by women and men with help of dogs, horses and camels over long distances and across beautiful landscapes were at the center of the scenes. Along with them, the difficulties encounterd in their journeys, such as chaotic climate events, conflicts with farmers and local police force, and the expansion of urban environments which threaten their traditional travel routes and the ecosystem services provided by these rangelands.

The discussion panel to close the first day of the film fest included opinions from pastoralists, researchers, film makers and the audience. Questions rose about the tendency of filmmakers to romanticize while storytelling, setting the discussion around the level in the “emotion gradient” of the films selected. The film curators of the festival recognized that the films selected were at both ends of the emotion gradient, as they wanted to communicate key messages. On the one hand, that pastoralism is a sustainable form of agroecology with economic, ecological and cultural importance. But on the other hand, that it is neglected by many, as portrayed in the lack of inclusive policies, recognition and understanding of their way of life.

On the second day of the film fest, the feature film Arreo, from Argentina, by director Tato Moreno was projected. This piece follows a family of gauchos arreando or moving with their goats through the High Andes. The issue of youth motivations to follow family traditions or moving to cities to pursue other careers is brought to the frontline of this story. Food for thought on how to face this dilemma was definitely shared here. Nevertheless, the mood of the film was constantly uplifted by the several original rhymes and musical pieces delivered by this family of gauchos.

This article was modified on 19.9.2022 to correct the amount of pastoralists worldwide, instead of over 2 million, the correct amount is over 200 million.

This article was modified on 24.9.2022 by suggestions from the organisers of the Perspectives of Pastoralism Film Festival.