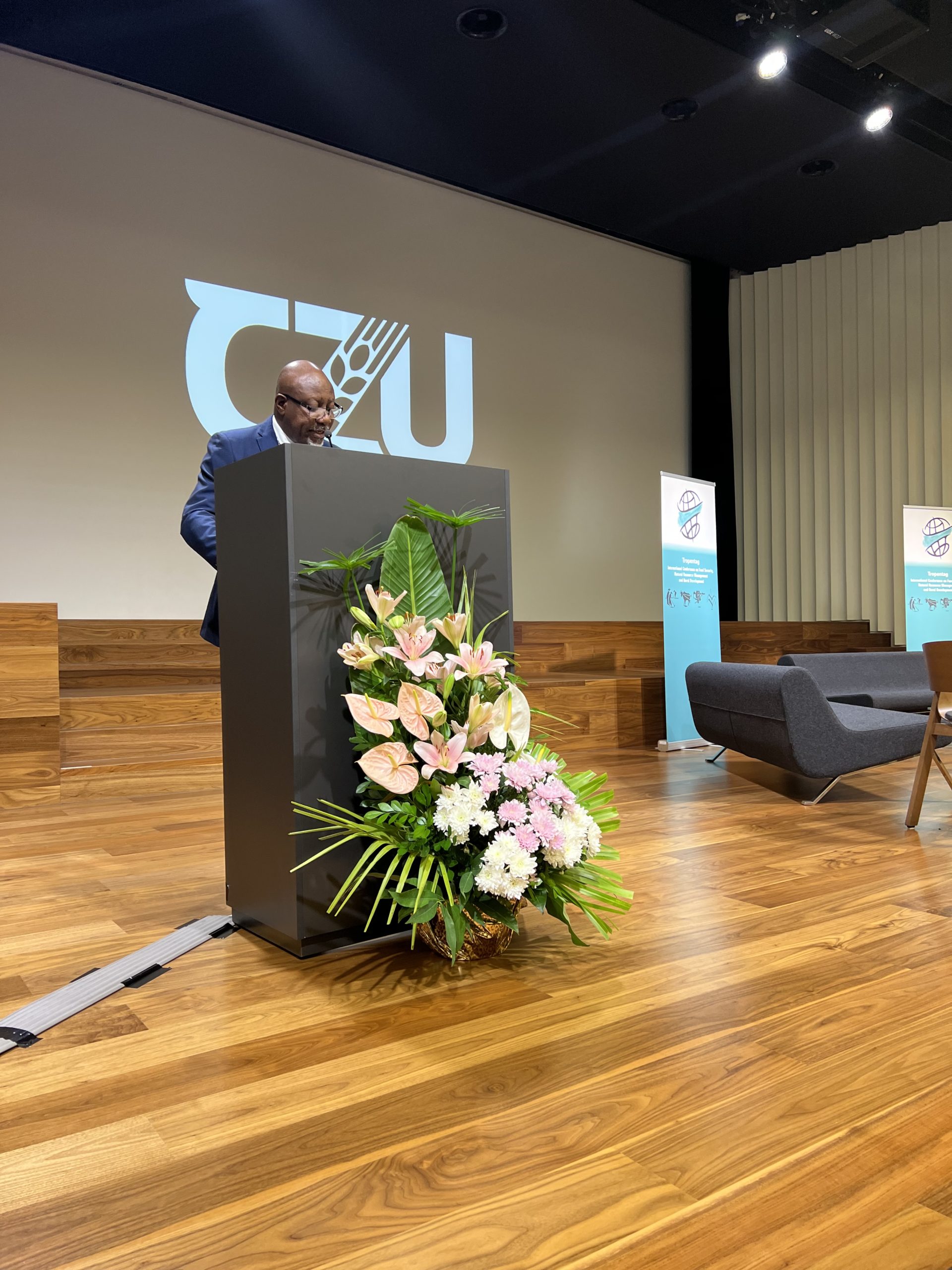 Can agroecological farming feed the world?

For Harold Roy-Macauley, it is his first time in Czech Republic and he already noticed that Prague is a city of romance. He appreciates that the organizing committee chose Africa Rice as the center feature for this years’ conference and asked him to hold the keynote speech. For him, it is really important to close the gap between science and development. Can agroecological farming feed the world and why are we discussing this now? For several reasons, he explains, we have to discuss the leading question of Tropentag: climate change, the war in Ukraine, and costs of living, which have converged, thus exacerbating hunger.

He is worried, as the world seems to take steps back instead of steps forward, and is highly concerned about the status of reaching the UN Sustainable Development Goals.

He points out that 10% of people in the world go to bed hungry and the number of people suffering from hunger has risen dramatically due to the covid pandemic. To fight world hunger, intensive agriculture, which is mostly used in Latin America and Africa, cannot be the answer. New technologies and employing farming practices that bring higher yields but need less water are needed. In his view, we need to move away from conventional farming and add new practices. At the end, increasing knowledge and evidence showed that agroecological farming can yield more than enough food for the whole world’s population. He’s sure that throughout the conference, more evidence will be brought up how agroecological farming can feed the world.

Before the panel discussion begins, Patrick Worms from ICRAF (World Agroforestry) holds an introduction speech. He points out that we need to increase agricultural production enormously, but at the same time a huge production of crops is wasted to animals. Only about 30% of agricultural production goes to feed us. He also reacted to the keynote speaker and mentioned, that he would actually not call the current practice conventional farming, but chemical farming, as people did not use the practice 80 years ago.

The panel discussion starts with a discussion about pesticides. Larisa Mies Bombardi, Professor at Department of Geography at University of São Paulo in Brazil, tells how she had to leave her country, Brazil, because of threatsreceived, regarding her research about pesticides. She explains that in the last 10 years more than 56000 people have been poisoned by pesticides and people die every day because of pesticides. Elizabeth points out, that we should take good care of the mother earth nature to produce healthy food and theat chemical pesticides are not needed.

In the panel discussion it is a lot of times mentioned, that young people nowadays are lazy and not interested in farming at all. Rebecca Auma Dero, Smallholder farmer in Kisumu County in Kenya, sees the reason in the migration to urban areas of young people. That’s why Elizabeth Mpofu, founder and chairperson of ZIM‐ SOFF ZIM‐ SOFF (Zimbabwe Smallholder Organic Farmers Forum), reacts and wants to make agroecology sexy again. Young people might assume a better life in the city, so she tries to mobilize the neighbors to interest young people in food production. They need to know that working in agriculture is necessary to get one’s belly filled.

Josef Garvi from Sahara Sahel Food explained how he is producing quality foods from shrivelled, spiny trees that haven’t been recognized before. This seemed to fascinate the audience.

For Petr Ehl, the problem is, that food production is market driven. If people were aware of the problems, they could behave and influence the market. A lot of agriculture in Europe has been conservative. He says, if we want to make changes within agriculture, it takes years and unfortunately, we wasted already 20 years. Especially with the current crises, people are selecting cheaper food and this is more industrially produced, he explains. But they also decided to reduce the amount of artificial fertilizers thanks to prices and made a few changes.

Larisa Mies Bombardi also points out, how the Ukrainian war showed the world, how important it is to produce agriculture at a local level.

At the end there was a big standing ovation from the audience and Patrick Worms had some last words for us: “Let us show Rebecca that we at least are not lazy!”